The Bugatti Veyron has been the reigning king of the hypercar since it first roared onto the scene eleven years ago. Once the world record holder for the fastest production car ever, the Veyron set a new standard for what was possible, not only in terms of speed but also in comfort and luxury in a sports car. Now that the Veyron has been retired, everyone is clamoring to know how the new Bugatti Chiron will exceed the performance of its predecessor.
Discover Bugatti
Custom Order Inquiry

We’ve detailed a comparison of the outgoing Bugatti Veyron and the new Bugatti Chiron for our customers here at STL Motorcars.

Wolfgang Durheimer, President of Bugatti Automobiles S.A.S., has this to say: “It is part of human nature to cross boundaries and set new records…The Chiron is the result of our efforts to make the best even better. Bugatti has tested the limits of physics. There is no area where we have not achieved significant improvements.” Although the Bugatti Chiron uses a similar 8.0L quad-turbo W16 engine to the Bugatti Veyron, the ingenuity of the Bugatti team and the incorporation of state-of-the-art techniques allow the capabilities of Chiron to greatly outstrip the Veyron, even the retuned Veyron Super Sport introduced in 2010. It remains all-wheel drive and will have five drive modes: Lift, Auto, Autobahn, Handling, and Top Speed, the last of which will require a special key to activate.

It’s easy to see that Bugatti Chiron and Veyron share a lineage. After all, the Chiron has inherited a number of features from the Veyron, including the two seat, mid-engine design; V-shaped hood ending on the signature Bugatti “horseshoe” grille; and even the two-tone exterior body paint. However, everything the Bugatti Chiron took, it adapted in its own way. The Chiron is longer, wider, and taller than its predecessor. Extending the large side air intakes of the Veyron, the Chiron’s “Bugatti line” is a huge sweeping C-shaped curve following the roofline, flowing behind the seats and curving back up to the front wheel well. The rear boasts a hydraulically lifted air brake spoiler that adapts level and angle automatically to add downforce and help the Chiron stop quicker at top speed. It also swaps out the old headlights for new horizontal LED clusters that double as air intakes. Inside, new features include a flat-bottomed leather and carbon fiber steering wheel and two digital screens in the instrument cluster flanking the speedometer. The center console is no longer a wide panel, but a narrow one with four stacked buttons, each featuring a small display screen.

Like the Veyron before it, luxury and exotic car collectors can endlessly configure the interior of their Chiron. “If customers have special wishes concerning colors or materials, which is rather the rule than the exception at Bugatti, the designers and engineers will do everything in their power to take these into consideration.” The Chiron features on-board Wi-Fi, an infotainment screen that fades out when the driver gets to a certain speed to allow the driver to focus on the road, and a premium sound system exclusively created for the Chiron by Accuton. This sound system features a one-carat diamond membrane in each of the four tweeters, and the world’s first mid-range speaker with two separate membranes to produce concert hall quality sound. 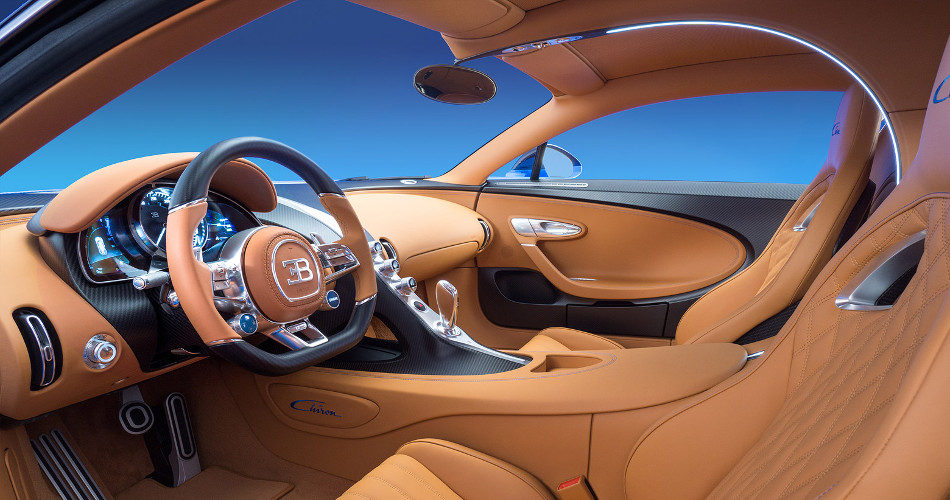 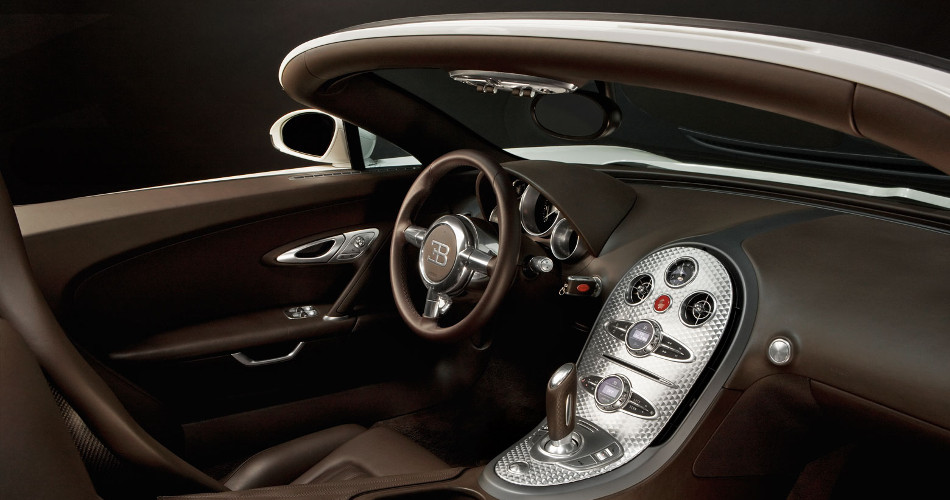 STL Motorcars is the Midwest’s largest Bugatti dealer, but we have sourced and sold ultra-luxury and exotic models to customers all over the nation. We specialize in acquiring the rare vehicles that our customers are interested in. If you desire to add the new Bugatti Chiron to your collection, please contact us online or call 636-489-3788.
Discover Bugatti
Custom Order Inquiry
Contact Us Today